Skip to main content
Proudly Sponsored By
Club Logo
Created By
Catchup on all the latest action from ${round}!
Previous
Next
Loading…
Watch every match live and on-demand...
Loading…

When the Hawthorn Football Club joined the VFL/AFL in 1925 recent research has confirmed that the Best Player Award retained the title Best All-Rounder first introduced in 1902. The title of the award was changed to the Best & Fairest in 1929 when Ernest ‘Tich’ Utting won the award. The winner was decided by player votes until 1932 when the Club’s Committee took over the role. The Coaching Staff now awards the votes.

The irrepressible Club Legend, Michael Tuck who won seven Premierships, four as Captain, showed his value as a player placing nine-times in the Best & Fairest, coming second seven times and third, twice. Another consistent performer was the very popular Roy Simmonds from the 1950s. He finished in the top three in seven consecutive seasons. He won this prestigious award in 1956, came second three times and third on three occasions.

In 1976, when Leigh Matthews won the fourth of his eight Best & Fairest Awards, the title the ‘Peter Crimmins Perpetual Trophy’ was added, honouring former Captain, Peter Crimmins who tragically died from cancer two days after the 1976 Premiership.

In 1985, when Dermott Brereton won the award, the title of the award was changed to Club Champion, retaining the subtitle, the Peter Crimmins Perpetual Trophy.

The title of the award was renamed the Peter Crimmins Medal in 2004, with Peter Everitt receiving this prestigious award. 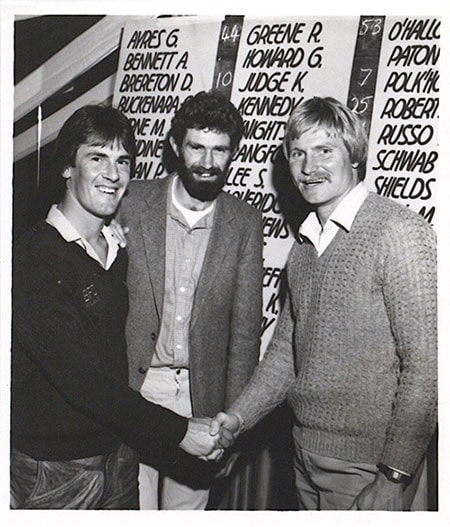 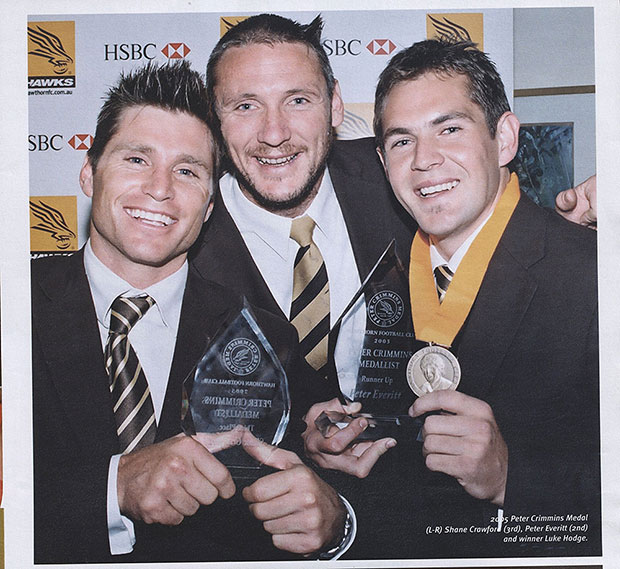