Issie earns call-up Skip to main content
Catchup on all the latest action from ${round}!
Previous
Next
Loading…
Watch every match live and on-demand...

It was a weekend to stand tall in adverse conditions and none did it better than Hawthorn, which was rewarded with three selections in the round 21 Team of the Week, brought to you by AccorHotels.

In Canberra's snow – did you hear it snowed in the nation's capital? – James Worpel, James Sicily and Isaac Smith all starred as the Hawks kept their finals hopes alive with a resounding win over Greater Western Sydney.

Smith's 28 disposals and 761m gained earned him his first selection of the season.

In pouring rain at the MCG on Sunday, Richmond maintained its spot in the top four with a grinding win over Carlton, thanks largely to milestone man Dion Prestia and ever-reliable defender Nick Vlastuin.

There was also the unlikely avenue to goal of Jack Graham, who kicked four before half-time in the terrible conditions. 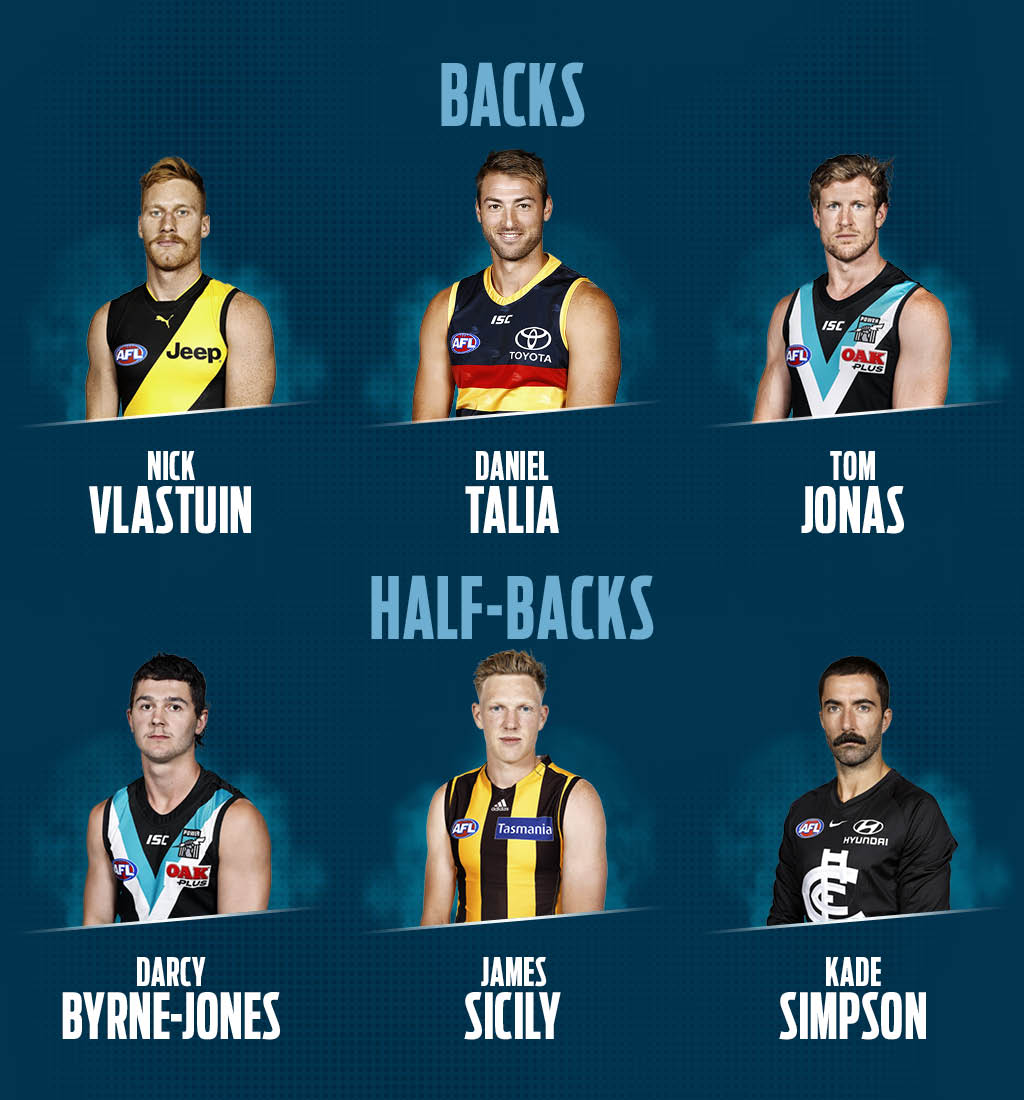 For the second successive week Port Adelaide had a strong win, and for the second successive week, Darcy Byrne-Jones was hugely influential, gathering 28 disposals and seven marks against Sydney. Tom Jonas(24 disposals) was also a rock in defence for the Power. Sicily (33 disposals and eight marks) had sure hands in the icy-cold Canberra weather, while Vlastuin and Kade Simpson (33 touches) were outstanding in the wet. Although his team lost, Daniel Talia was immense for Adelaide, helping to repel a flood of inside 50s and restricting Josh Kennedy to a single goal. 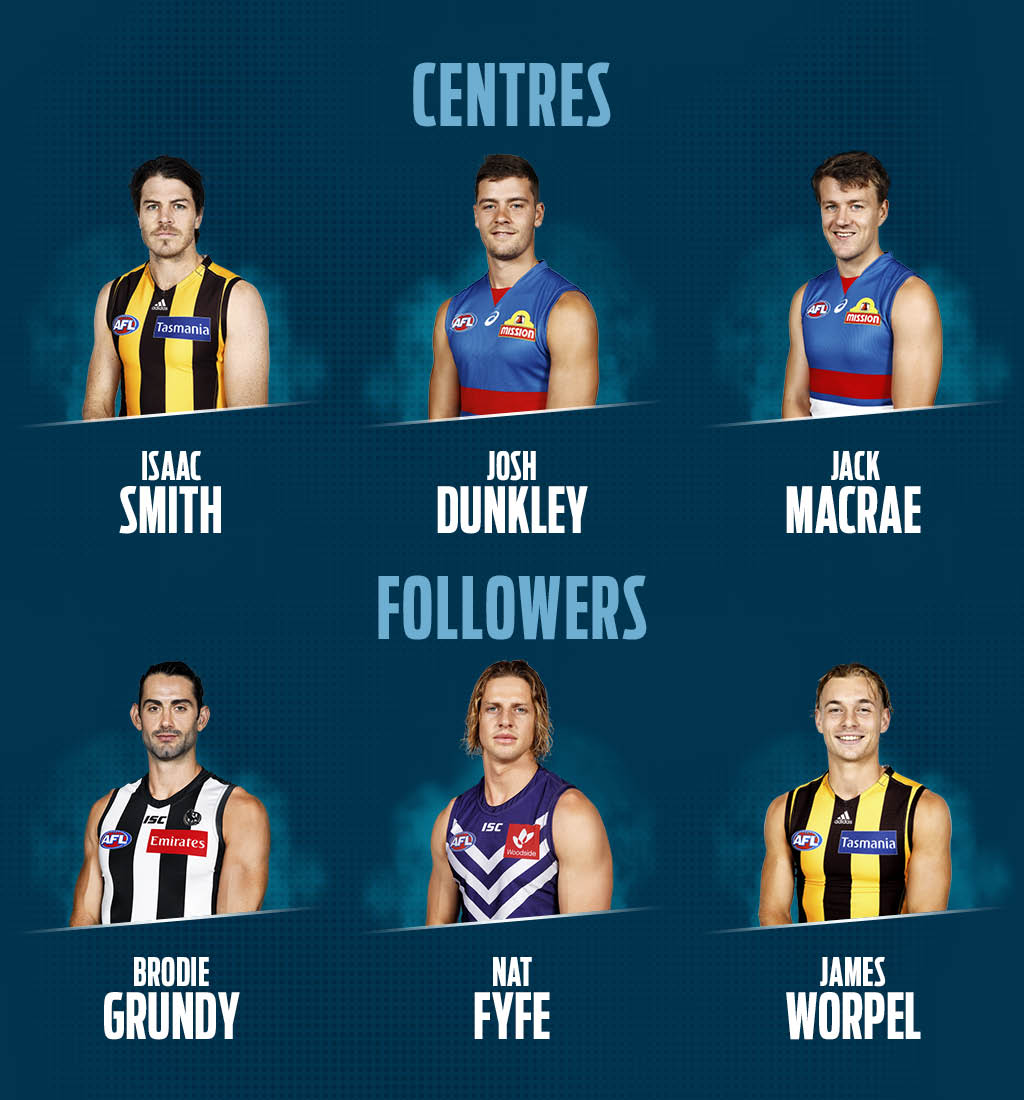 With their season hanging by a thread, the Western Bulldogs pulverised Essendon on Saturday night, and it was a couple of midfield aces leading the way. Josh Dunkley was incredible, racking up 16 disposals and a goal in the first quarter and finishing with 39 for the match, while Jack Macrae (38) earned his third straight selection in this team. Smith and Worpel were driving forces in keeping Hawthorn's September dreams alive, while Brodie Grundy had the better of his All Australian shoot-out with Max Gawn. Despite his team losing, Nat Fyfe was at his imposing best, kicking two goals among a game-high 35 disposals (16 contested) against the Saints. 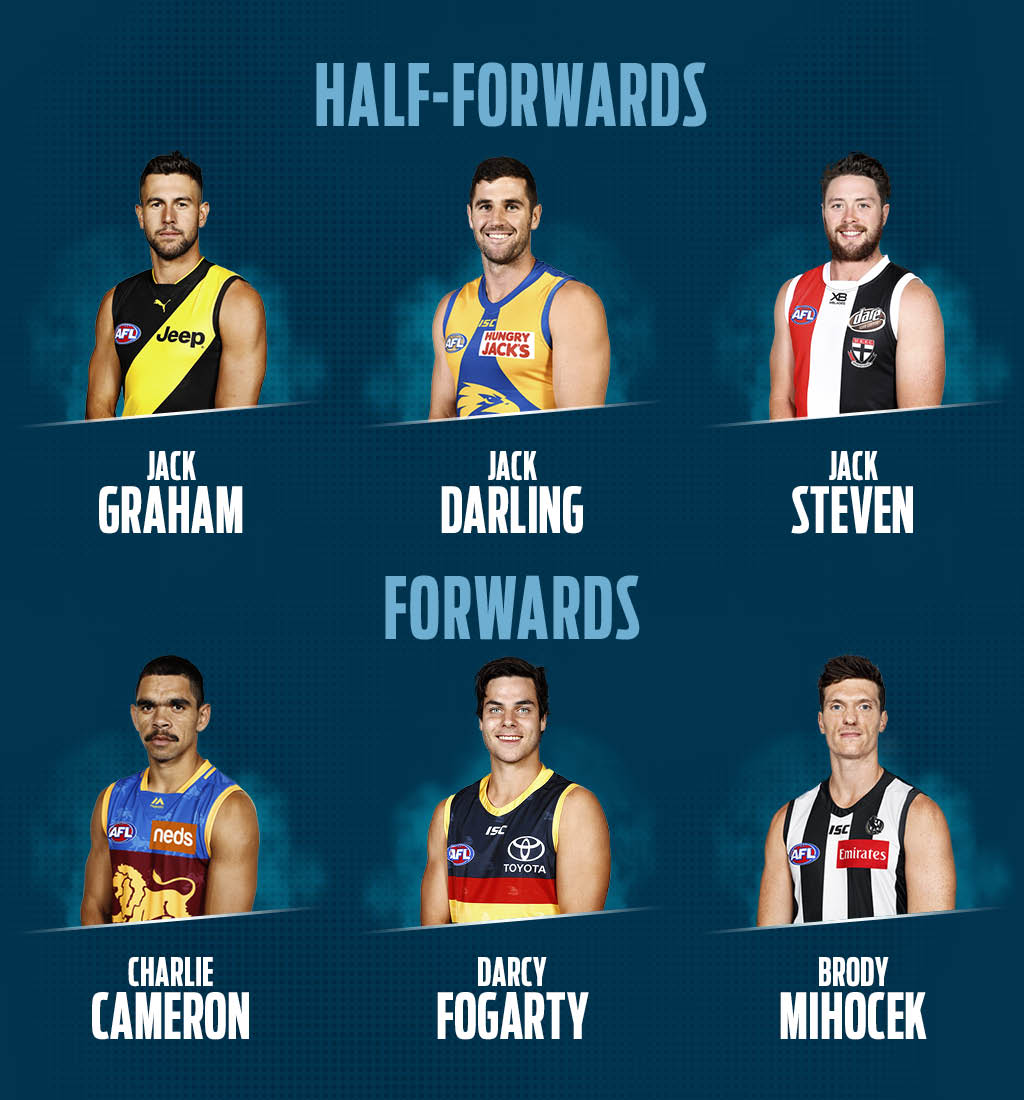 Not so many bags of goals this week, but plenty of variety in the forward line. Charlie Cameron won the Marcus Ashcroft Medal for his six goals against Gold Coast. Darcy Fogarty (five goals) left many wondering why he'd spent so many weeks in the SANFL. Jack Darling was a powerhouse in West Coast's victory over the Crows, and Brody Mihocek (four goals) was superb as Collingwood's focal point. Jack Steven was one of the feelgood stories of the round, booting three goals among 21 disposals in his return to footy, while Graham (four goals and 14 tackles) did just about everything against Carlton. 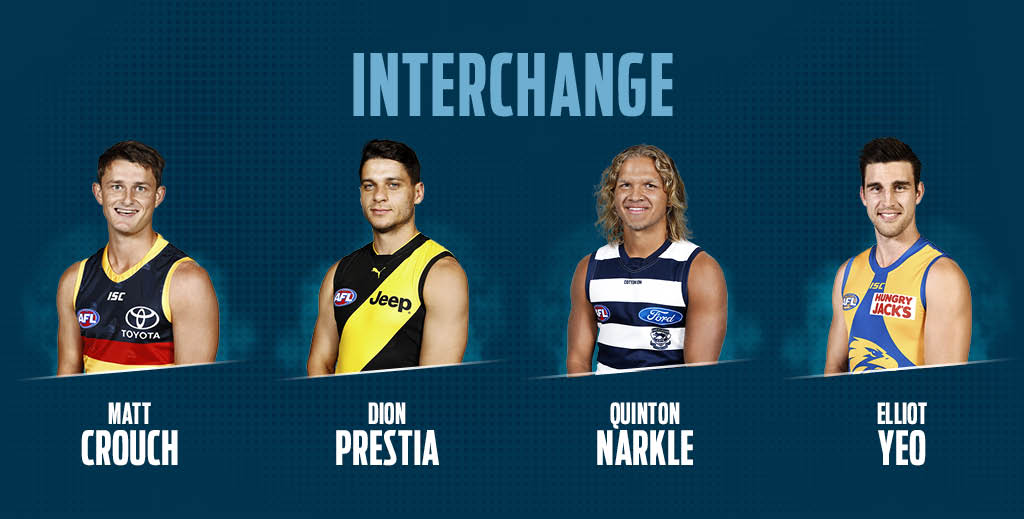 Geelong's win over North Melbourne wasn't pretty, but young forward Quinton Narkle (2.2 from 21 touches) was certainly eye-catching. Prestia (35 disposals) was immense in his 150th game. Elliot Yeo was the Eagles' best in their tough win over Adelaide, while Crows counterpart Matt Crouch (43) could not be overlooked with his prolific outing.