Unbelievable performances from a glut of onballers mean they dominate the round eight Team of the Week, brought to you by AccorHotels.

It's been said before, but Patrick Cripps was simply monstrous as Carlton was edged out by Collingwood.

In Queensland, Clayton Oliver and David Swallow slugged it out in Melbourne's miraculous win over Gold Coast.

North Melbourne was torn up by Tim Kelly, who was on another level for Geelong.

It's admittedly odd to have Nat Fyfe named on a half-forward flank because he didn't play there, but he booted three goals and had to fit into the team somewhere, considering how huge he was as Fremantle lost to Richmond.

Then on the bench were men who thrived in the clinches, with Luke Parker, Josh Dunkley and Tom Rockliff joining Swallow. 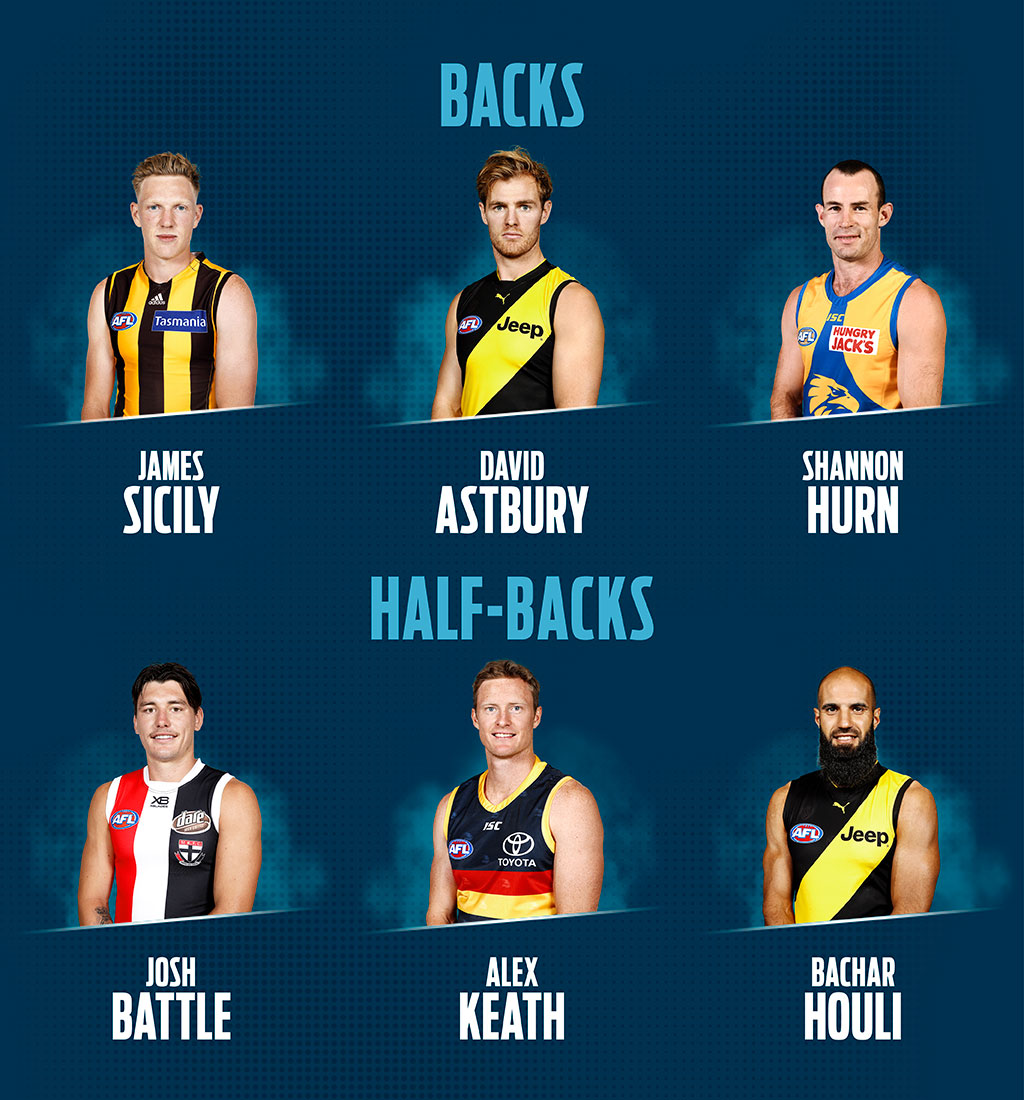 Hawthorn's James Sicily is in the conversation for best backman in the competition. Richmond had some sensational contributors, with David Astbury and Bachar Houli among them. Shannon Hurn isn't slowing down for West Coast, while Josh Battle's impressive season continued when he shut down Jack Darling. Somehow, Alex Keath has become the pillar of Adelaide's defence. 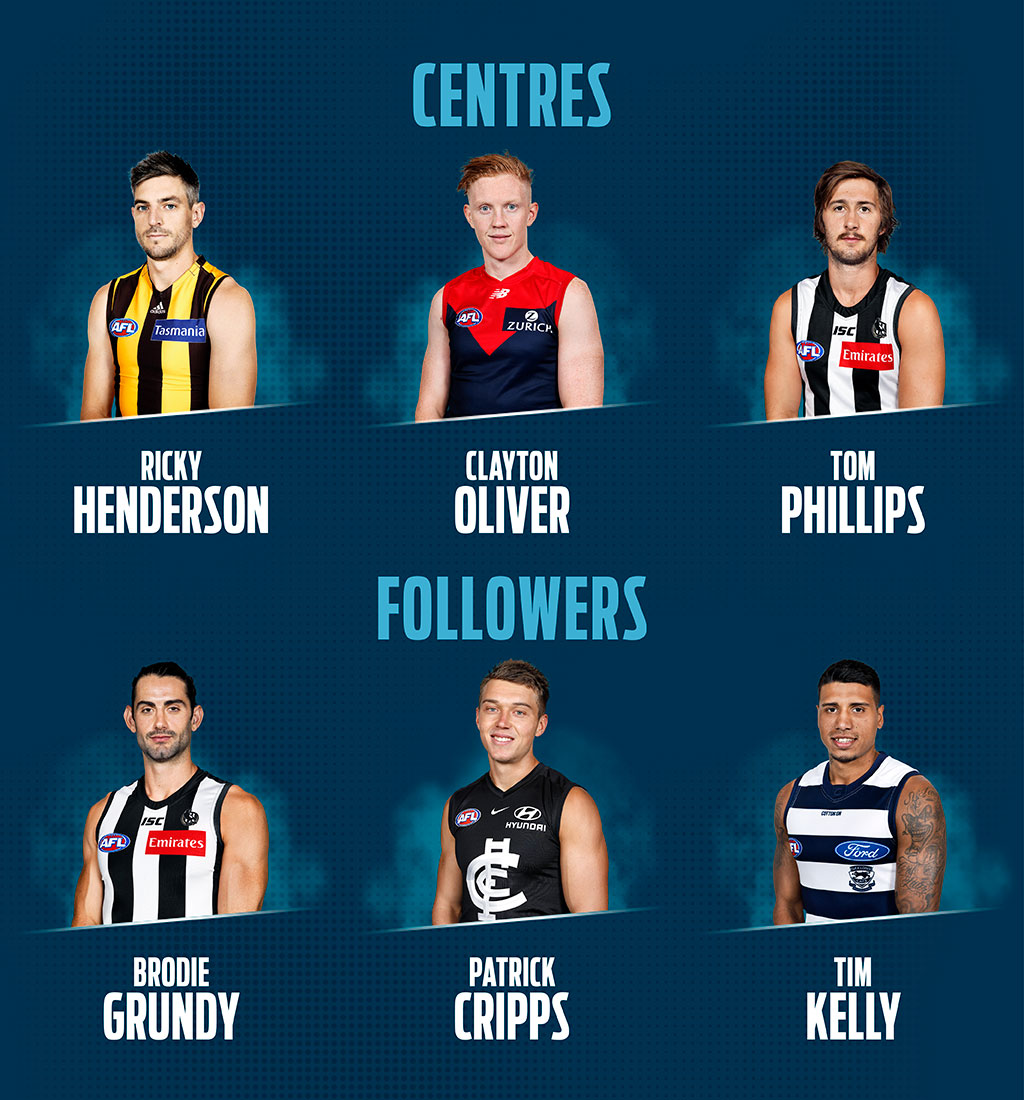 No-one expected Ricky Henderson, a delisted free agent aged 30, to put in a career-best campaign, but he's doing it. Oliver, Cripps and Kelly were immense, while Tom Phillips is putting in another fine year on a wing for the Pies. Brodie Grundy won the ruck battle, found the footy around the ground and kicked goals as well – he's the complete package. In a losing effort, Orazio Fantasia booted four goals for Essendon. Crows forward Tom Lynch was instrumental in the Showdown victory. Fyfe starred for Freo, while Shai Bolton put on a show in front of his home crowd. North Melbourne forward Ben Brown has shaken off a quiet early patch to be sitting second in the Coleman Medal. What Gary Ablett has done over the past month has been somewhat extraordinary, and he made his fourth successive Team of the Week. 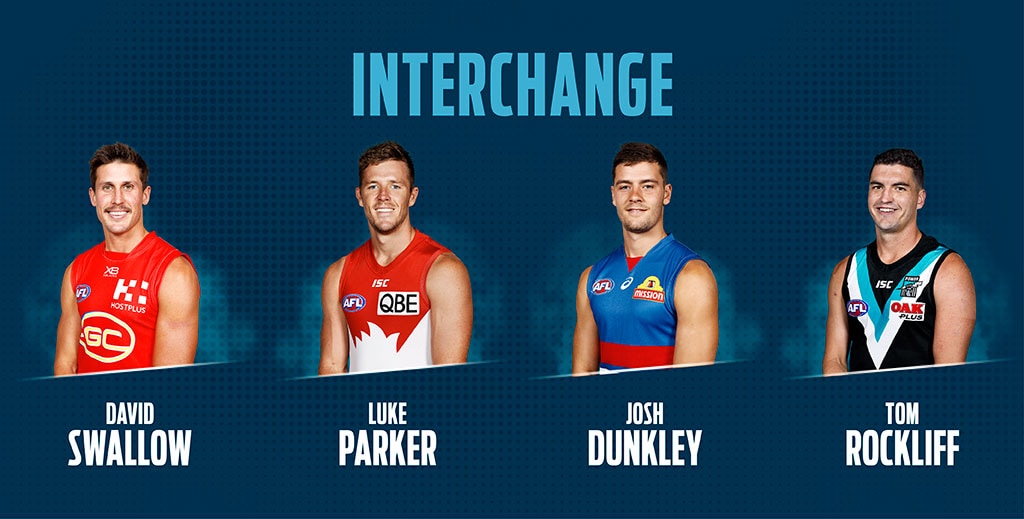 Sydney co-captain Parker refused to let his side lose again. Swallow approached the Demons game with the same attitude, but the Suns were ultimately pipped in scarcely believable circumstances. Spending the full game in the midfield suits Dunkley, who is thriving, while Rockliff cracked in hard all night for Port.