The AFL community has already given a $2.5 million donation to the Australian Red Cross Disaster Relief and the Community Relief Fund following the disastrous bushfires, with $900,000 of that coming from the 18 clubs.

Many clubs and players have rallied to raise even more funds.

Both South Australian sides will join together to host a charity Twenty20 cricket game at the Adelaide Oval on Sunday, February 2. Rory Sloane and Taylor Walker are confirmed starters for the game, joining Australian Test batsman Travis Head. All net proceeds will go towards people directly affected by bushfires on Kangaroo Island and in Cuddle Creek.

Fortunate to meet this legend today. Looking forward to watching the @Adelaide_FC and @PAFC do battle in a T20 match at Adelaide Oval to raise money for the bushfires.
Well done @SACAnews and everyone for making this happen.

Wingman Mitch Robinson raised $15,000 through a 24-hour live stream with his brother. The two played games like Counter Strike and Fortnite to raise money for the Rural Fire Services.

I didn't think a gaming platform would exceed our $5k goal to help the RFS & those affected by the fires!

Wholeheartedly, thank you everyone who donated, hosted or shared our cause. #RobSquad 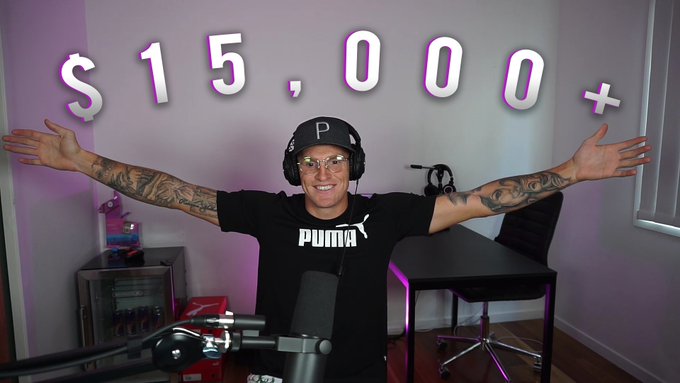 80 people are talking about this

Co-captain Patrick Cripps signed 100 Carlton jumpers with the No.9 on the back to raise money for the Bushfire Disaster Appeal. The first 100 donations over $100 received a signed guernsey in the mail.

Midfielder Dayne Beams has taken a leave of absence from the club, but he's been busy on the fundraising frontier. Beams offered up his 2010 premiership medallion for sale to raise money for the Rural Fire Services. Club president Eddie McGuire won the auction, with the total reaching $27,500.

Captain Dyson Heppell shaved off his dreadlocks to raise over $300,000 for the Gippsland Emergency Relief Fund and Wildlife Victoria. The Leongatha local initially hoped to raise $50,000. 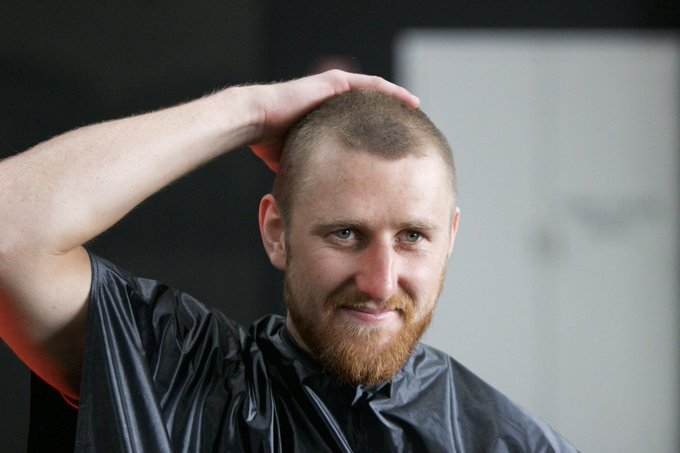 159 people are talking about this

Former Essendon captain Matthew Lloyd has also put up for auction the boots he wore during the 2000 premiership season, when he kicked over 100 goals. All profits will go to the Australian Red Cross Disaster Relief and Recovery Fund. The current bid is $6000.

The Dockers have committed to sending their best available players to take part in the Victoria v All Stars fundraiser on Friday, February 28 at Marvel Stadium. Fremantle CEO Simon Garlick has foreshadowed more contributions from the club's AFL and AFLW squads. Second-year Docker Ange Stannett has kicked things off with a 'Bushfire Boot Camp' training session that raised $1800 for the Australian Red Cross. 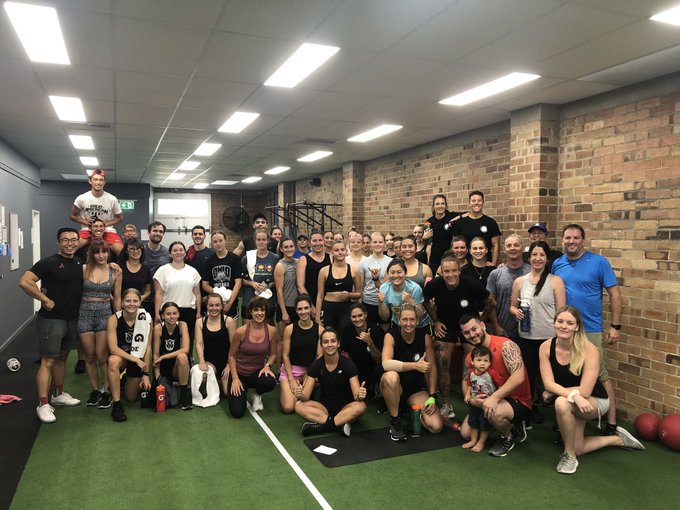 Champion Gary Ablett Jr kick started the #SportTheFireCrisis movement on Instagram, where he reached out to other athletes like Tom Mitchell, Matthew Richardson, Daria Gavrilova, basketballer Damien Martin and the aforementioned Lloyd to auction off some of their memorabilia online to raise money for the Australian Red Cross Disaster Relief and Recovery Fund. Ablett and his father, Gary Ablett Sr, both signed a guernsey which is currently sitting at $5000.

The Suns contributed their share of $50,000 to the AFL community's $2.5 million donation to the bushfire relief effort. Gold Coast's AFLW midfielder Hannah Dunn was closer to the disaster zone than most of her teammates, spending the Christmas/New Year break in Canberra. Her local club, Queanbeyan, collected donations and goods for care packages sent to those hardest hit in and around the nation's capital.

While her teammates relaxed or travelled home to see their families over the break, AFLW midfielder Hannah Dunn flew back to her hometown of Canberra in the midst of the raging bushfires. 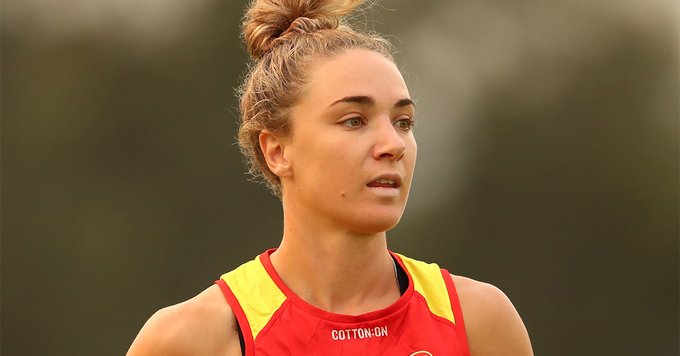 The Giants have joined with other elite sporting teams based in Canberra to drive the #weareone fundraising initiative that will generate support for bushfire-hit communities including the NSW South Coast, Monaro and southern inland NSW. Along with organisations such as the Brumbies (rugby union) and the Raiders (rugby league), the Giants will hold several events under the #weareone banner throughout the year to support the regional sporting clubs that have lost equipment and infrastructure.

The GIANTS family is right behind those affected by the bushfire disaster.

The club is working closely with the AFL and the wider football community to support those in need. 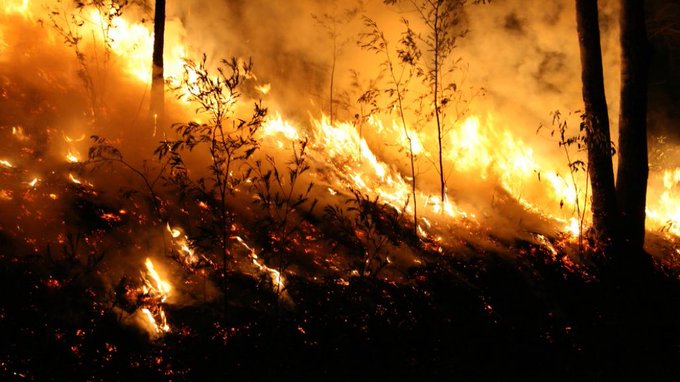 Club greats Peter and Paul Hudson signed a guernsey with the starting bid sitting at $1000.

An online fundraising page organised by Christian Petracca on behalf of the Demons players raised more than $20,000 for the Red Cross in its first 24 hours and has totalled more than $35,000 in donations to date. The club's AFLW clash against Collingwood on Friday, February 28 will be played as a double header with the AFL's Victoria v All Stars bushfire relief match on Marvel Stadium.

The AFL and AFLW players banded together to donate $10,000 to the Australian Red Cross Disaster Relief and Recovery Fund on January 3, 2020. The club then further donated $50,000 as part of the AFL's $2.5m donation.

We’re in one of the worst droughts this country has ever seen. Our farmers who were already in desperate need for help are some of the brave people fighting these fires head on. Please donate and help these struggling communities get through one of the worst periods of our time https://twitter.com/NMFCOfficial/status/1212991902032621569 …

Our AFL & @NorthAFLW players have joined forces to donate $10,000 to the Red Cross Disaster Relief and Recovery for Bushfires, which includes a contribution from the @AFLPlayers Care Fund.

Further announcements from the club and @AFL to come.

18 people are talking about this

Travis Boak and Tom Jonas are confirmed starters for the charity Twenty20 cricket game at the Adelaide Oval on Sunday, February 2. With players from both South Australian clubs, all profits raised will be donated to those directly affected by fires in Cuddle Creek and on Kangaroo Island.

Captain Trent Cotchin and club great Matthew Richardson have donated memorabilia as part of Ablett's #SportTheFireCrisis push. 'Richo' donated a framed 2008 Dream Team guernsey signed by all the players in AFL Hall of Fame Tribute Match sits at a starting bid of $1000. Cotchin has a signed poster and offered a meet and greet opportunity, with the starting bid at $2000.

Bradley Hill has listed two match-worn signed guernseys to raise money for the Red Cross and Wildlife Australia. On Sunday night, Hill's Hawthorn guernsey was at $650, while his Fremantle jumper is at $410.

As well as the $50,000 donation as part of the AFL's united donation, the Swans are taking in donations of non-perishable food and grocery items to aid Foodbank NSW and ACT. Swans staff also assisted in rebuilding fences that had been damaged on farms that were affected by fires near Coffs Harbour.

From Monday to Thursday next week we will be collecting non-perishable food and other essential grocery items for Foodbank NSW & ACT.

We look forward to our fans showing some amazing support for this great cause. 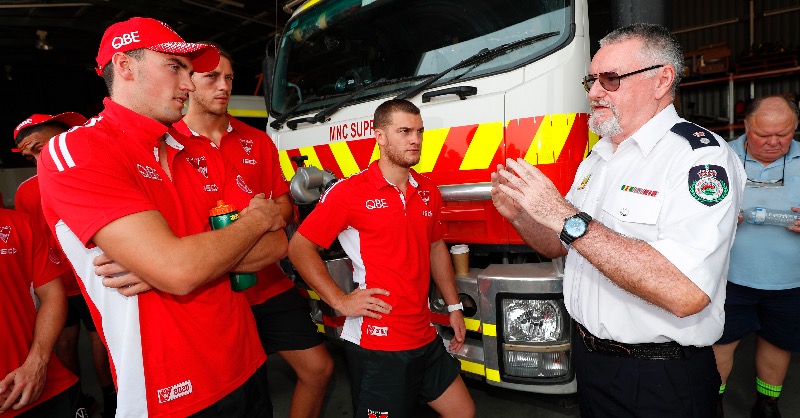 The Eagles have encouraged all supporters to donate generously to the various appeals raising funds for communities hit by the bushfires across the nation. West Coast CEO Trevor Nisbett said the club was more than happy to move its Marsh Community Series game against Essendon forward to Thursday, February 27 to accommodate the Victoria v All Stars game at Marvel Stadium the following night.

"I look forward to it being a successful fundraising event," Nisbett said of the Marvel Stadium fundraiser.

"We are also looking at what else we can do to assist locally and will be following up some initiatives we have been discussing."

Read about the AFL All Star game to raise funds for bushfire relief and the massive donation made by the AFL community --> http://bit.ly/EagleASG 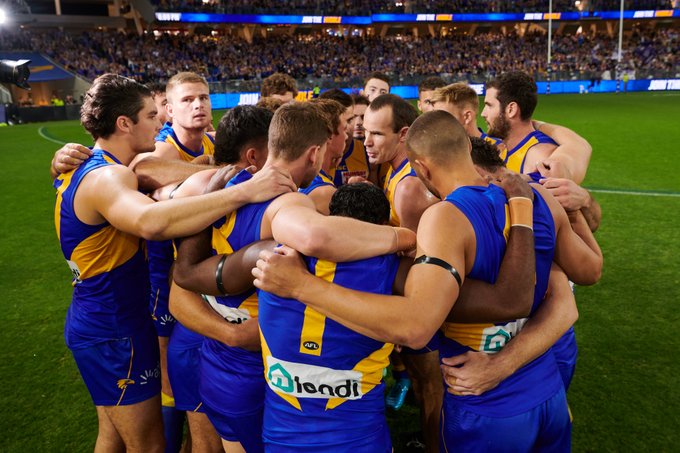 15 people are talking about this

Defender Matt Suckling will bleach his hair blond in an effort to raise $10,000 for The Trustee for NSW Rural Fire Service and Brigades Donations Fund. Suckling said he'd bleach his hair if donations surpassed $5000. At $7500 he'd donate his Bob300 guensey, signed by former Bulldogs captain Bob Murphy. At $10,000, fellow defender Jason Johannisen will bring back his golden hair.

See which Hawks made the cut.