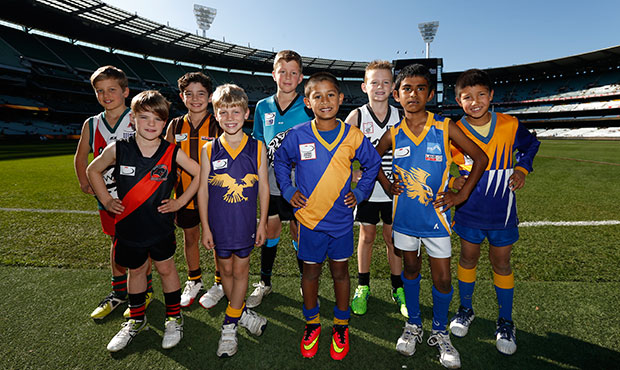 The official launch of the partnership took place in March, 2015 at the EFL’s annual Coaches Forum in front of 44 EFL senior coaches and staff held at the Ricoh Centre, Waverley Park.

Hawks assistant coach Brett Ratten was joined by Box Hill Senior Coach and Hawthorn Development coach Marco Bello, who gave those in attendance an inner sanctum insight into coaching methods at the highest level. They were joined by EFL umpires boss and former AFL umpire Darren Goldspink who gave coaches an idea of what to expect in 2015.

Hawthorn and the EFL work closely together to strengthen community and grassroots football in Melbourne’s eastern suburbs. Coaches forums are just one example of how the EFL and Hawthorn come together to create better standards at grassroots level. Other activities include junior clinics, Hawks match-day experiences and leadership/mentoring sessions with Hawks players.

The Eastern Football League has a rich history which stretches back to the 1900’s and is now the largest Australian football competition in Australia in terms of player participation. Currently there are 44 senior and 34 junior clubs in competition.

The STJFL was formed in 1995 and comprises 20 clubs which fielded 183 teams and over 3500 participants in season 2014. The STJFL comprises competition from U8 through to U18s.